Posted by Janet Morrison-Lane at 10:33 PM No comments:

Why I Hate For-Profit Colleges

I hate them because...
...they charge students $400 a credit hour when a community college charges $50/credit hour...just so they can get the maximum in financial aid reimbursement from the government.
...the work I see students produce isn't corrected or graded well, which leads students to assume they are doing quality work.
...I have friends who have worked at them and were told to recruit people at any cost as long as they got them to sign on the dotted line so they could make money.
...they prey on vulnerable people (even going into homeless shelters) who aren't likely to go to college so that they (the college) can get the reimbursement from the government then when the student drops out the college gets paid and the student (not the for-profit college) is left with the bad credit and tons of debt.
...they have low graduation rates and turn out unemployable students.
...students who go to their 2-year programs have to start over when they go to a real college because the for-profits aren't accredited. Real colleges don't accept their credit hours. They won't transfer.
...if students decide to continue, the for-profit has often used up all of the financial aid the student is eligible for because they max out their cost for their own profit. Plus, because students default on their debt to the for-profits (because it's so enormous), they can't qualify for any other financial aid.
...students leave these colleges with thousands of dollars in debt and no credible degree to show for it.
...very rich people are collecting enormous amounts of government funds by exploiting poor people and using our/MY tax dollars to do it.

Senator Dick Durbin fought against them last year and this year (you can tell him your story here) and Nightline did a special called College, Inc if you want more information. I hadn't known Romney to promote and encourage for-profits. I'm flabbergasted and disgusted. Talk about a waste of tax payer dollars!!
Posted by Janet Morrison-Lane at 4:52 PM No comments: 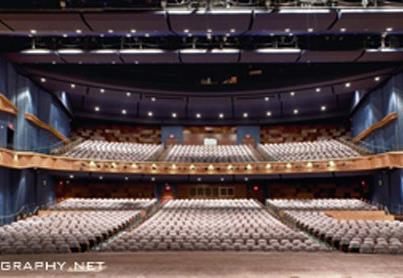 The other night I was invited to attend an Allen High School choir concert. I went to support the teenager who asked me. I've known him since he was three and was interested in seeing him in his musical element that he has decided is his focus of study.

He had told me the performance was at the PAC at the high school. Ok. No problem. Every high school I've ever been to has an auditorium so I'll just go there and get directed to the PAC auditorium, I assumed. I "turned left" as Rosie (my GPS system) told me to but instead of being in front of the school I was on a street with multiple buildings.

The new, $60 million stadium was on my left. I saw a building on my right and thought maybe that was it. As I pulled up to the building I could see through the windows and saw people with swimsuits. Obviously, not the right place. I pulled away and saw the sign, "Don Rodenbaugh Natatorium." I kept driving. Several lit-up tennis courts were on my right. I kept driving and started thinking, Good grief this is a college campus, not a high school! I saw the high school on the right, heard cheering from a smaller football field ahead of me, and finally noticed a sign, "Performing Arts Center." Oh. Wow. It's it's own building.

When I walked in, 10 students were on stage. One kid was introducing the band members and the students on stage. He projected his voice. He was confident. He spoke to the audience of about 1000 people with as much ease as if there was no one in the room. He asked the other students to introduce themselves and they all oozed with confidence just like he did. The auditorium was full. Parents and students were clapping and cheering and encouraging the students in a way that would make anyone feel good.

I nearly teared up.

I thought about the kids I've worked with over the last 17 years. I thought about how I don't know a single one who would have the confidence to stand on that stage and command that audience as those kids did. I looked around at the amazing facilities. The auditorium was full of cheering parents. Even the kids who didn't have parents there (like the kid I was there to see) couldn't help but feel good and gain some confidence in an environment like that.

I was a little sad and, I admit, a little angry. Not at all at the kids...not at the parents. I was so happy that they have that opportunity. How great to be a parent in that area. How nice to know everyone around you is so focused on making sure their child succeeds. How great to be in a like-minded community who votes for large bonds to build things like $60 million stadiums and have natatoriums and tennis courts, etc. all on a single campus.

I was probably more irritated than angry. I wanted to tell someone, "I dare you to tell me money doesn't matter! I dare you to try to convince these parents and these kids that they have to switch their kids to one of our DISD high schools (not Townview or TAG) and tell them their kids will have the same opportunity for success! I dare you!" I bet not a single parent would believe them or take that chance with their kids.

I've always thought that part of the problem is that DISD is so huge. When I look at Allen ISD, that theory goes out the window. There are over 5000 students...and that's just 10th-12th grade...in ONE school. Yeah...kinda destroys my argument.

So, all I'm saying is if you see me on the street, just don't ever tell me that quality education isn't about money. After seeing that campus and those parents and students, you'll never be able to convince me.
Posted by Janet Morrison-Lane at 10:50 AM 4 comments: